Leo Season is the astrological period between July 23 and August 22. It’s lauded as a time of bravery, friendship, and creative awakenings.

It’s also when we get so many memes.

But along with “Little Miss Needs Attention” and “New Mane, Who This,” we can use Leo Season to lean into the power and strength of the lioness, and to learn how to channel our inner lion while also helping support their conservation. (You knew we were gonna go there, right?)

Here’s a quick breakdown of personal and planetary ways we can all embrace Leo season for positive change, because it’s more than a seasonal thing. 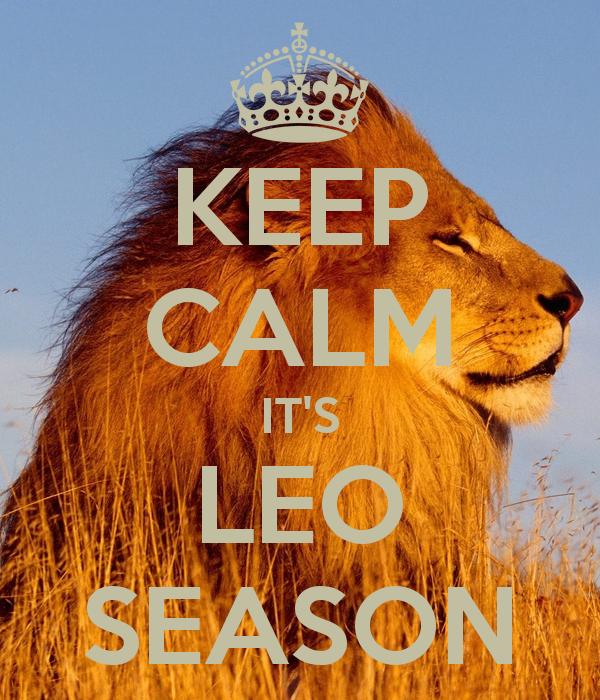 If you’re feeling really stuck in your head, try Lion Pose, a yoga position that combines stretching and silliness to move tension through your body, and move your thoughts into a more stable place. Called simhasana in Sanskrit, the pose combines a spine release and throat opener—along with a “lion roar” face that’s pretty goofy, TBH—to release any tightness in the face, chest, and wrists.

Even if you’re a Gemini, you still need Big Leo Energy to keep the planet in check. That’s because lions are apex predators that manage herbivore populations. That helps plants grow at a healthy rate and helps the global atmosphere stay oxygenated. (Which keeps us alive. NBD.) Even though their native habitat is thousands of miles away from most Wild Elements readers, we need to understand that the health of lions affects the health of everything, even humans.

One more reason this particular apex predator is amazing? Because unlike most other animals, prides want to hunt during a storm. The noise, wetness, and darkness caused by a downpour helps them sneak up on their prey. In other words, lions—and specifically lionesses—aren’t afraid of rough patches. They turn bad moments into big advantages, and push through fear and discomfort to get bigger rewards. Sound like any / all women you know? Thought so.

🦁 PLANETARY: TAKE THE COLONIALISM OUT OF CONSERVATION

When native communities are ignored by environmentalists, protection happens for animals on the land, but not people who live on the land. And that protection is usually only temporary.

At Wild Elements, we’re proud to partner with Ewaso Lions and with Wild Innovator Resson Kantai-Duff, a Kenyan environmentalist working to restore a lasting balance between humans and animals for the good of the entire planet. Ewaso Lions mobilizes native citizens to take the lead on lion conservation efforts, and data says that when they do, African lion populations consistently rise and African communities maintain their sovereign connection to their own land.

Okay, they snooze for up to 20 hours a day. You only need about 8. But sleep is how your body resets and regenerates on the cellular level, and you can’t be the strongest cat on the savannah unless you give your body the lion’s share of rest. Here’s how to get a full night’s sleep, instead of relying on cat naps.

Lions are the most social of all big cats (unlike tigers, who mostly go it alone). But just because they like to hang doesn’t mean you should be part of their world. Keeping lions in unsafe conditions like exotic animal fairs is bad for animals, humans, and the planet. (It’s also probably illegal.) Don’t pay to visit any unaccredited wildlife facility, don’t take selfies with lions, and definitely don’t pet or hold a lion cub unless you are literally a scientist or doctor trained to do so. Instead, check out the many ways you can safely, respectfully, and amazingly encounter animals native to your own neighborhood—and get up close with The Lion King instead. You know, like this...